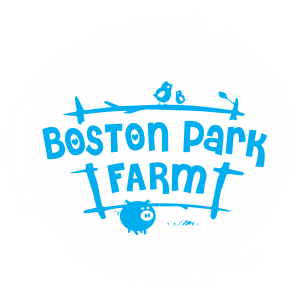 Boston Park Farm is a family business run by the Chappell family and includes the Tearooms, Maize Maze and horse liveries as well as an 800 acre arable farm. 2020 is the 20th season for the maize maze, which has grown and developed since it started in 2000.

In 2012 we expanded the facilities at the Maize Maze and built a new tearoom with indoor play areas. There is an animal trail where you can get up close to all the animals to pet and feed them. An indoor soft play area which is aimed at the under 8′s and great for showery days.

The Maize Maze is open from Mid July until the end of October each year when it is harvested to feed to the animals. The Boston Park Maizie Maze is built using forage maize. This remarkable plant is grown all over the world and has many different uses but ours here at Boston Park is used for animal feed. Maize grows very fast – within 3 months of the maize being sown at Boston Park it is taller than an adult.

David Chappell took over the tenancy at Boston Park Farm. The farm is owned by E V Waddington’s of Swinton and is rented on a long term basis by the Chappell Family.

Some of the older traditional farm buildings were knocked down and replaced with a large grain store. By know we had a lot less livestock and were growing wheat, barley and sugar beet.

The Chappell family opened a cabin selling Thaymar ice-cream (which we still sell in the tearoom today!)

Boston Park Maize Maze opened for its first summer and saw around 500 visitors. Then maze was expanded into a larger field and we opened a small petting farm for visitors through the summer

The flock of sheep had gradually decreased over the years as the buildings were converted into horse stables. The last of the sheep were eventually sold in the summer of 2008

Further developments were made including new pig sty’s, duck pond, more animals, a new outdoor play area and new chicken sheds. These have helped to increase visitor numbers to over 20,000 people in the 2013/14 year.

We are continuously working to improve the facilities that we provide at the farm and hopefully will be making some more expansions and improvements in 2020!

Boston Park Farm is still a traditional working farm, our animal trail allows children to get up close with a wide range of farm animals.

You can pet and feed most of the animals and on special days we have animal handling sessions. The whole experience is geared up to suit children up to around 10 years old.